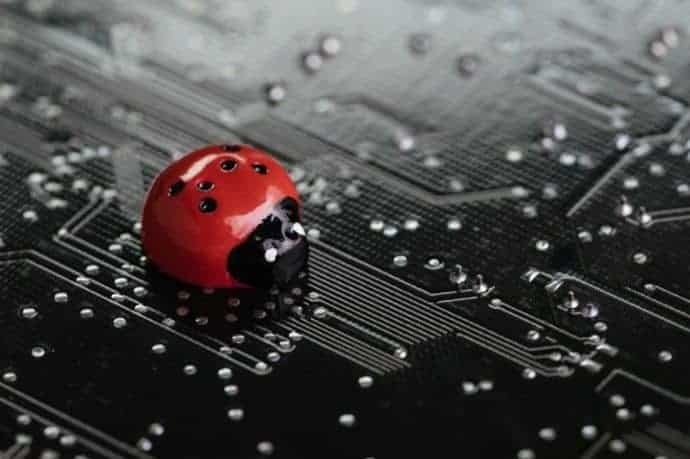 What is Software Bugs? How do they occur?

Here, while talking about bugs, we are considering the software bugs instead of an actual bug.

So, what is a software bug?

A software bug is an error, flaw, failure, or fault in a computer program or system that causes it to produce an incorrect or unexpected result or to behave in unintended ways.

There are many types of bugs that can occur in a system or a program.

Therefore, a bug is classified into various types.

When requirements are not implemented in the right way, it is classified as WRONG. This defect is a variance from the given specification.

MISSING means that a requirement of the customer was not fulfilled.

This is a variance from the specifications and an indication that a specification was not implemented or the customer’s requirement was not noted correctly.

EXTRA refers to a requirement incorporated into the product that was not given by the end customer.

This is a variance from the provided specification, but it might be an attribute desired by the user of the product.

An ERROR is a mistake, misconception, or misunderstanding on the part of software developers.

The software developers include software engineers, programmers, analysts as well as testers. For example, a developer may misunderstand a design notation, or a programmer might mistype a variable name – leading to an Error.

Error can also be the one that is generated because of a wrong login, loop, or incorrect syntax. When Error normally arises in software, it leads to a change in the functionality of the program.

A BUG is the result of a coding error. An error is found in the development environment before the product is shipped to the customer.

Furthermore, it is a programming error that causes a program to work poorly, produce incorrect results, or crash.

An incorrect step in a process that causes the program to perform in an inadvertent manner is called a fault.

A fault is introduced into the software as the result of an error.

A failure is the inability of a software system or component to perform its required functions within specified performance requirements.

When a defect reaches the end customer, it is called a Failure.

Note: Each software industry may have their own definitions. This is how I have learned and felt worth sharing with you.

Why do Bugs Occur?

So now that we know what bugs are and how we classify them, let’s figure out the reason behind the occurrence of bugs in a system or a program.

Vague and unclear requirements and misinterpretation of requirements are the two major factors that cause defects or bugs in software.

Also, defects mostly occur in the requirement analysis phase where requirements are either not clearly defined, not properly interpreted, or the scope is not clear. Furthermore, such miscommunications can lead to major defects in software where the objective of the product is not met.

Additionally, the cost to fix these kinds of defects is also high as the developer may need to build a completely new feature.

Data communications, large relational databases, and ever advancing technology have all contributed to the exponential growth in software/system complexity.

Moreover, the complexity of the current software applications can be difficult for anyone with no experience in modern-day software development.

Programmers can introduce human errors during the development phase.

Additionally, lack of simple coding practices, debugging, missing unit tests are some of the common reasons for these issues to get introduced at the development stage.

Changing requirements represents a risk to the success and completion of a project.

It is critical for project management to determine the impact of requirement changes in order to control the change process.

Moreover, due to frequent changes, the development team may not be able to perform proper requirement analysis and design, which may introduce several bugs into the system.

Additionally, the enthusiasm of engineering staff may also be affected.

Lack of resources, unrealistic release schedules, and project deadlines are the most common problems the development team faces.

As a result, they have to make certain compromises, such as not investing adequate time for designing and providing build to the testing team.

So, without proper testing, the chances of bugs/errors increases.

If there is not enough time for proper design, coding, and testing, then it’s quite obvious for defects to be introduced.

Software applications need some level of brainstorming and R&D (Research and Development) to arrive at a reliable solution.

Development team sometimes tend to skip these practices due to lack of patience, faulty application of technology (products, components, techniques etc), improper understanding of the technical viability before designing the architecture, the need/temptation to take the fastest and easiest route to implement a solution etc – all of these can let errors/bugs to creep in.

With the lack of a proper version control system, the team can face a lot of regressions (bugs fixed earlier may reoccur).

However, with a version control system, you can keep track of all changes in a set of codebases, and with a proper code review system in place, many unwanted software bugs can be prevented.

The testing team, in addition, may not have the required skills or may only test positive scenarios.

These might be the reason for software bugs/errors to occur in the software.

Automation scripts that are updated and revised can be really helpful to uncover serious software bugs in the system.

However, since automation testing lacks human intuition and experience, being excessively dependent on it may make a manual tester miss a bug/defect.

Sign up to stay updated with the latest insights, news, and more.